Today, Lawrence was still off ill, so that left Alex and me to sort a game, as neither of us is a great fan of WW1 Spearhead, which Ian and co were doing.
Alex asked if we could use Germans in WW1 Wings of Glory, so that is what we did!

Alex! He and I would pilot the Germans, the Allies would be run by my solo rules! 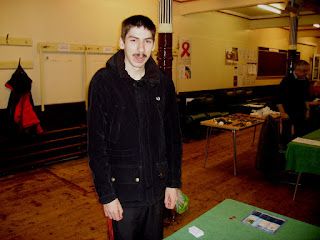 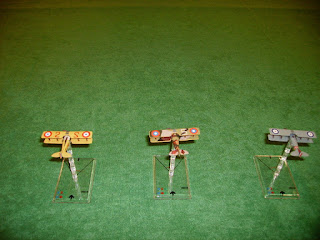 The Spad is fast and manoeuverable, but only has a single machine gun. 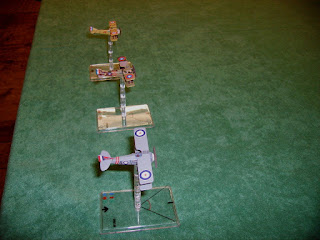 Alex and I had Albatros DII's, I had Boelke, Alex took Richtofen. 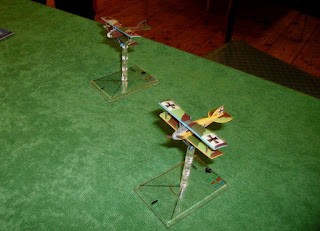 We started by heading straight toward the Spads. 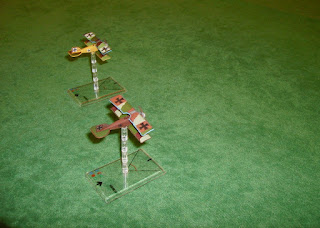 We approached as quickly as our engines allowed! 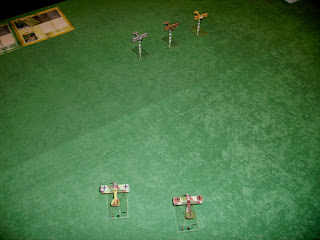 The Spads kept in formation, flying...rather faster than us! 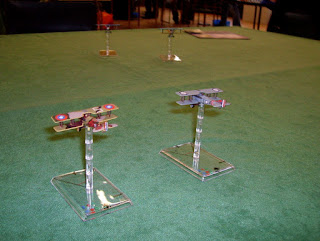 The Spads, as one, turned towards us. 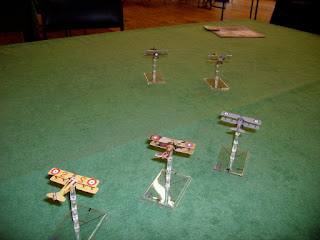 I took damage from 2 Spads, but it could have been worse! Alex hit the American, but jammed his guns! 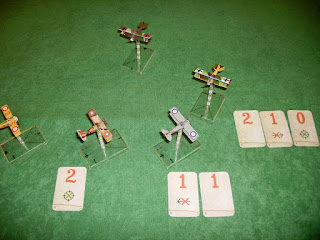 Unfortunately, Alex got caught by Georges Guynemer, and his plane caught fire. 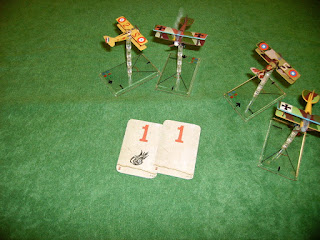 I managed to filter between the other Spads. 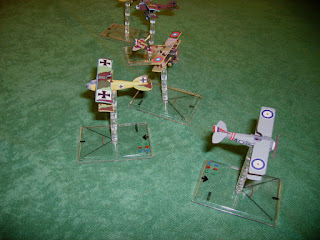 I 'Immelmanned' and got a deflection shot on the American. 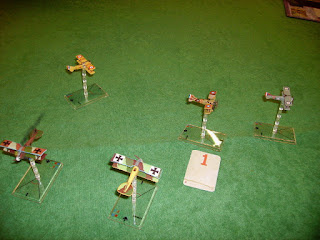 I luckily also got a shot at Guynemer, who seemed to be napping! 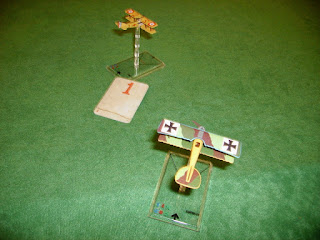 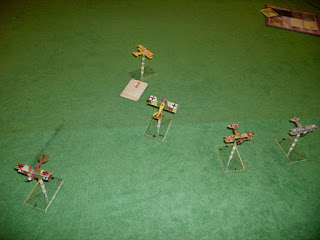 Start of a new turn, Alex took a LOT of fire damage! 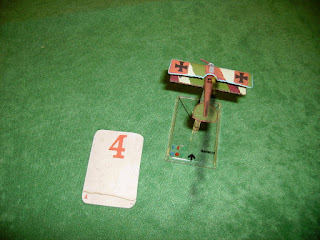 ..compounded by the cursed Amerikaner! 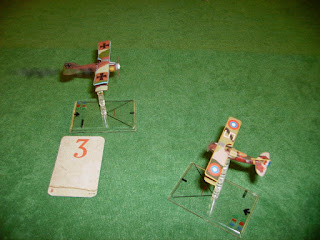 The Spads seemed to be queuing up to attack poor Alex! 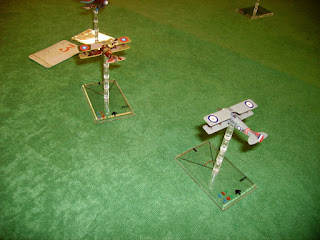 I was unable to help, Guynemer was leading me a merry dance! 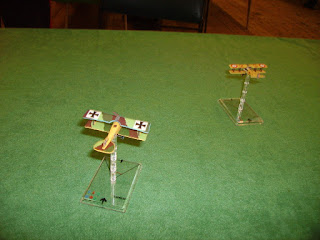 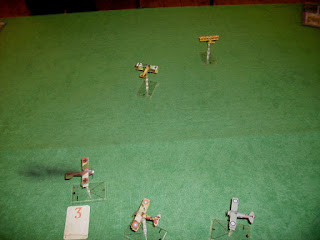 Guynemer evaded my shooting as he turned back towards the main battle. 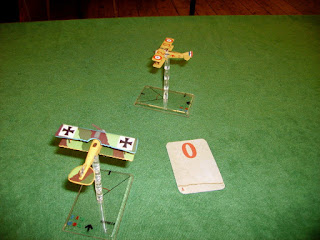 I gave up chasing him and turned back myself! 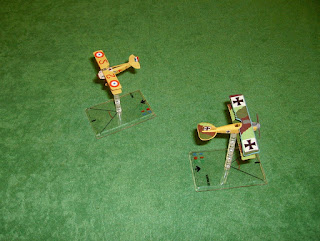 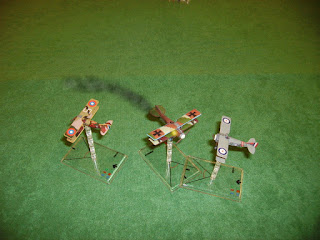 Maybe he would escape? 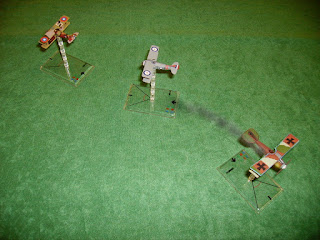 Only one card of fire damage to survive.... 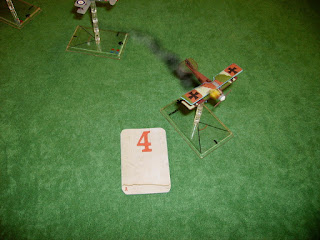 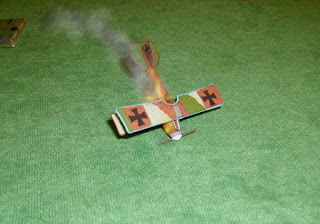 Never mind, the last time Lawrence and I played this scenario we lost as well! The improved solo rules are making a more dangerous opponent it seems!

We got 2 more games in too, but I didn't do pictures for them, and just enjoyed the games....!

Game 2: We used Albatros DV's against 2 Sopwith Camels, we lost again, poor Alex had another crash!

Game 3: We used Pfaltz D3's against 2 SE5a's and I managed to bag one of them, and gain the victory!

Who would have though the humble Pfaltz would be the victor in that engagement?!
Posted by Herkybird at 17:31