Off to the Med!

The second game today was a different affair.

Lawrence provided his Higgins PT boats, and these would attack a German convoy in the Mediterranean. The aim would be to sink a tanker being escorted by.... other vessels!


The set up was as before, but with a smaller convoy, facing 8 Higgins boats. 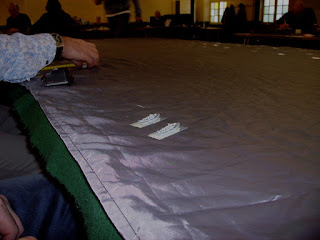 I had randomised the composition of the convoy, so no one had any idea what they would be facing! 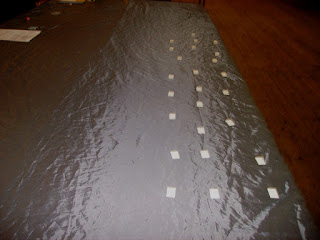 With no E-Boat like stealth engines to use, the Americans just opened their throttles.... 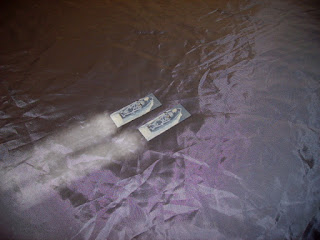 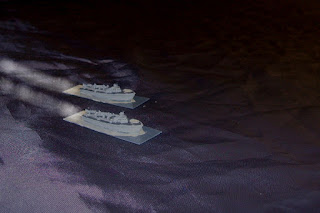 The first ship spotted was a Raum-Boat, slow, but well armed. 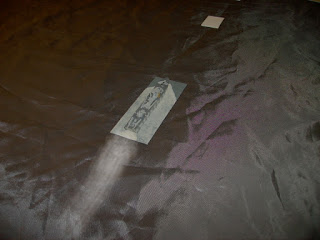 Soon after, an I-Lighter, small, but well armed with a Vierling quad 20mm! 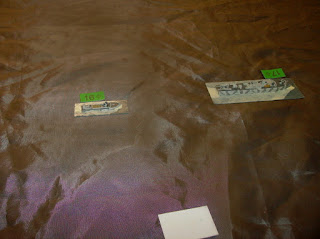 The R-Boot turned to engage the American boats. A VP boat supported it from behind. 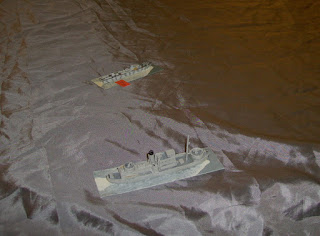 More German vessels appeared, more F and I lighters and another Vorpostenboot. 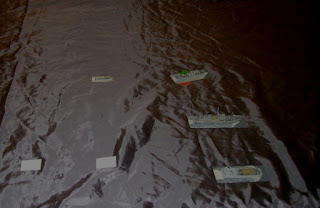 ...followed by a juicy tanker! 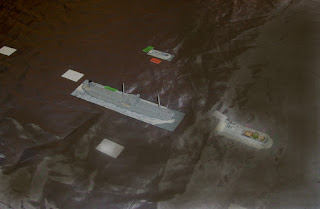 The PT's just raced forward, ignoring the 88mm guns of the VP's and the 20 and 37mm guns from the other ships. 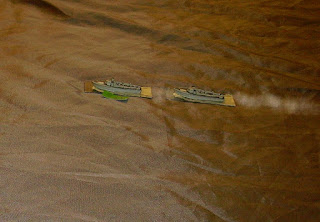 The PT boats had paltry guns to respond with, but they had 4 torpedoes each! 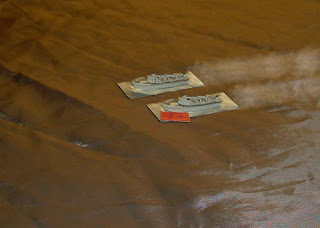 Despite the high signature of the US boats, some of the German ships failed to spot them, though one of the PT's suffered the loss of an engine, and had a torpedo tube shot off from those that did! 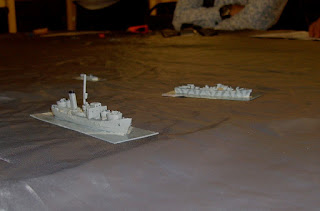 Swarms of torpedoes were fired at the tanker by both Mal and Andy.... 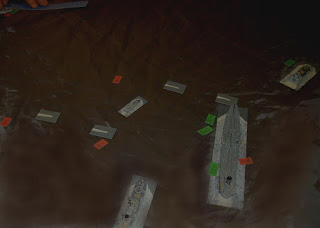 ...The first hit was all that was needed though... 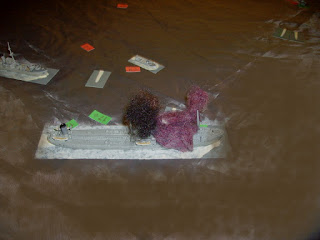 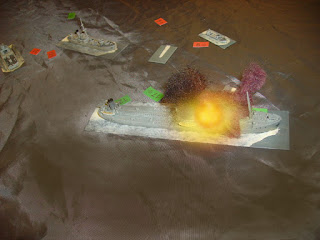 ..before breaking in two and going to the bottom! 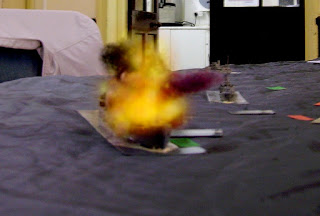 The PT boat crews ignored the other boats, and raced back to base for a beer!