Today, Lawrence brought down a new set of Sci-Fi skirmish rules to try out!

Ian was off playing ancients, and there was no one else, so it was just him and me!

The rules: No Stars in Sight. 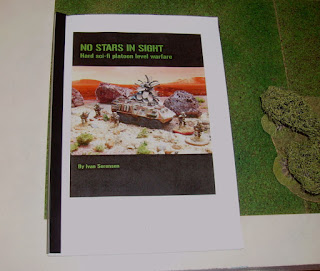 The battlefield for the first game. A mining colony complex. Lawrence was tasked to drive my men from it. 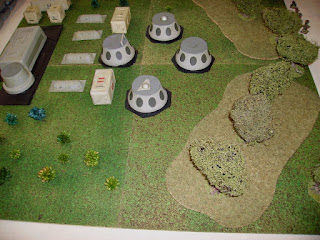 First on were a fire team of Dog Headed warriors! 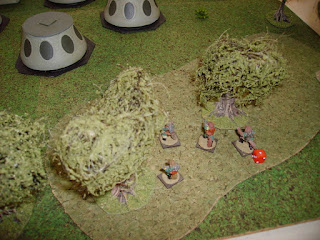 I reposted with a couple of riflemen and a Corporal. 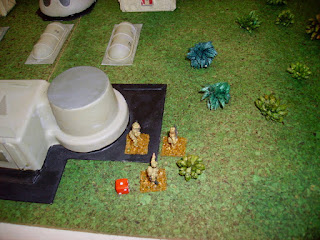 The pooches moved through a wood on the far side of the mine. 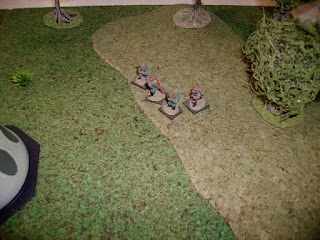 One Pooch got left behind! Cocking his leg I assume! 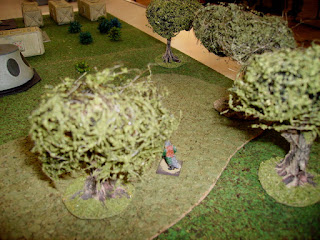 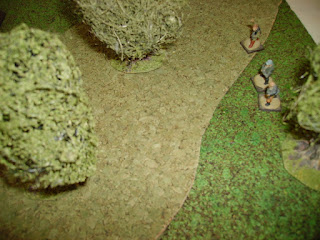 They now advanced toward the mine. 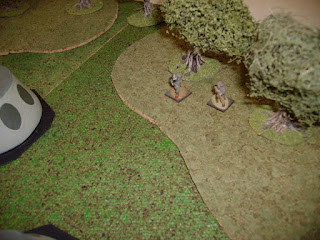 My chaps moved en masse towards the men, leaving the pooches to sniff around the other side of the mine complex. 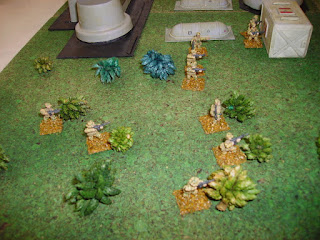 I filtered forward, trying to avoid getting blasted! 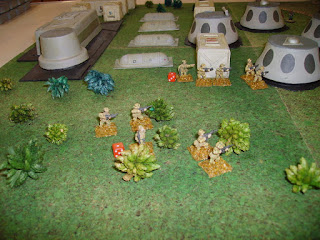 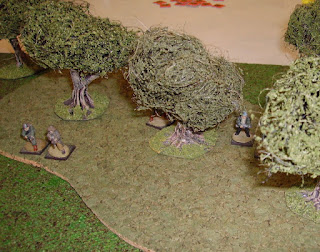 The Dogs were turning my flank... 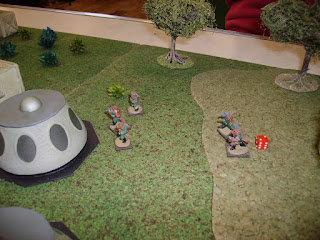 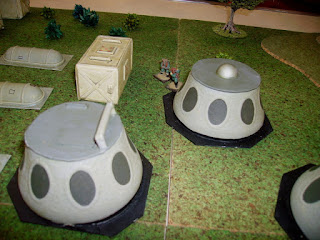 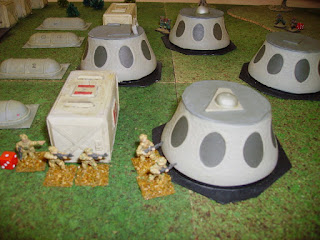 My men turned and returned fire. 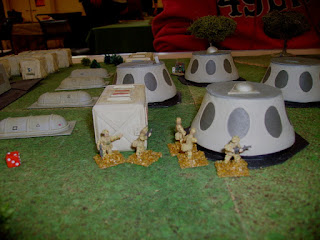 The 2 dogs were pinned! 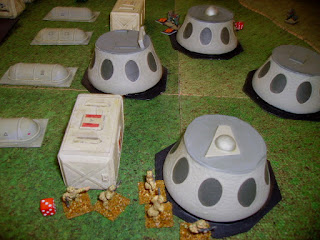 They passed their morale and held their position. 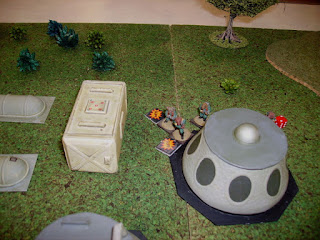 While i was engaged with the dogs, I got attacked from the front! 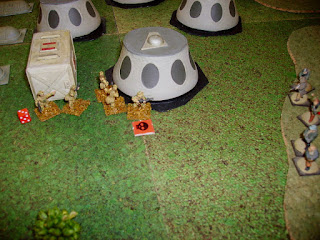 My man was wounded, and out of the fight! 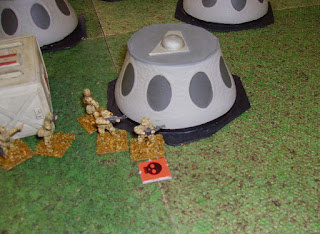 As a close assault, we both ended up getting shot to pieces!
Lawrence's men fell back. 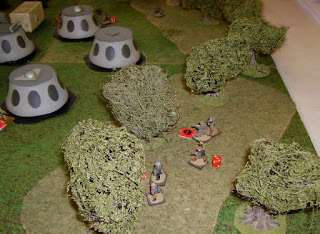 ..as did one of my sections. I sort of won this by default by having the most remaining undamaged men left!!! 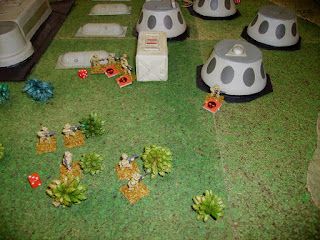 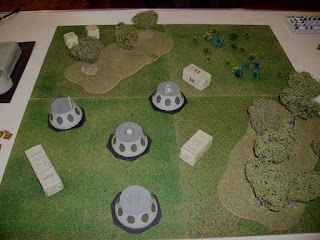 My men entered quicker this time. 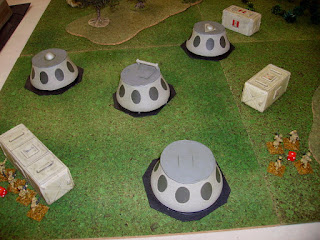 Lawrence came on with his NAC infantry. 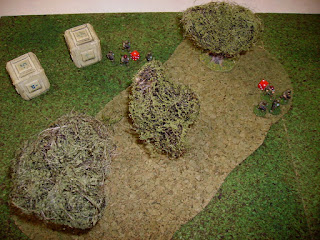 I filtered into the building complex. 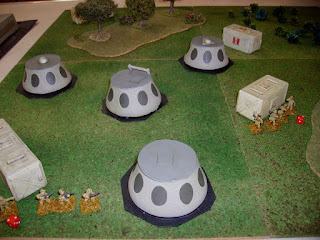 Lawrence decided to secure the wood. 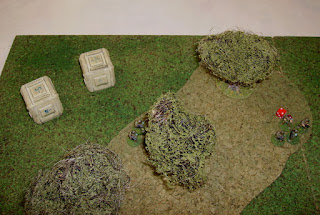 I moved a squad down the wood opposite the NAC and fired... 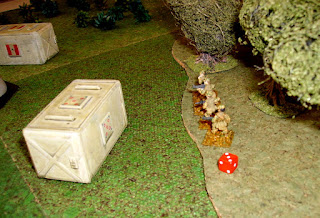 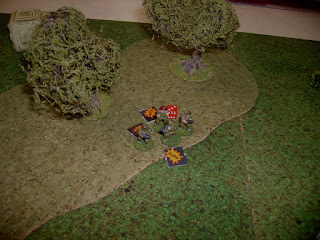 My dice were astonishingly good from this point on, and the other fire group got shot in the same way soon after, leading them to retreat off table.

I lost a third game against a newly arrived Ian due to odd dice rolling, good for Ian, not so good for me!

Ah well, we gave the rules a good test!

I think our feelings about the rules are basically positive. We had a couple of questions about a couple of things, but Lawrence is going to check with the author to get clarification on these.

We will definitely be playing this again.