Today, it was Ian's choice of game to play, so we did WW1 Spearhead, using Russians against Austrians.
Sadly, we have no where near as much terrain for 10mm figures as for 28mm, and we lost the decent roads to players who arrived early at our club.My apologies for the Naff bits of the battlefield!

The battlefield. The Russians would attack an Austrian force holding the right bank of the river. 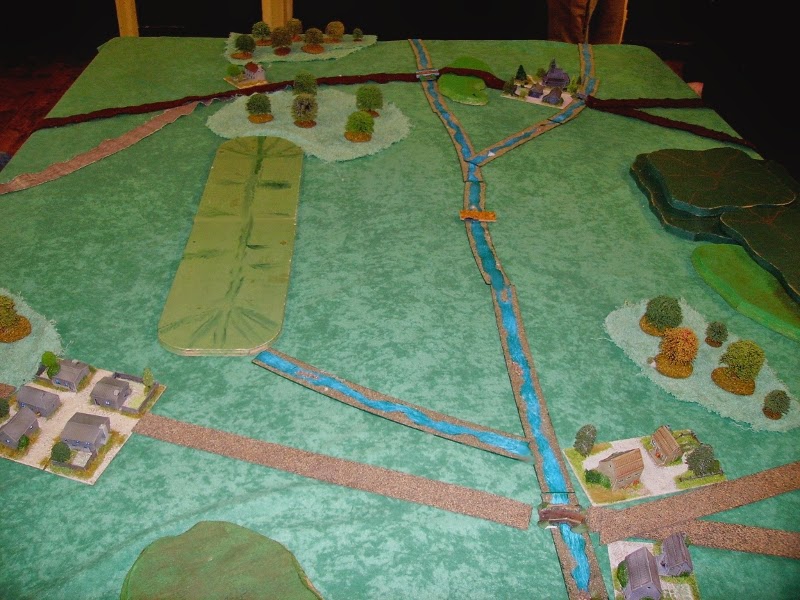 Phil, in charge of the Russians, deployed me with 2 regiments on our right, intending to have me cross the river and capture a village on the far bank opposite. I had a battery of 3 75mm guns and a group of engineers in support of my force. 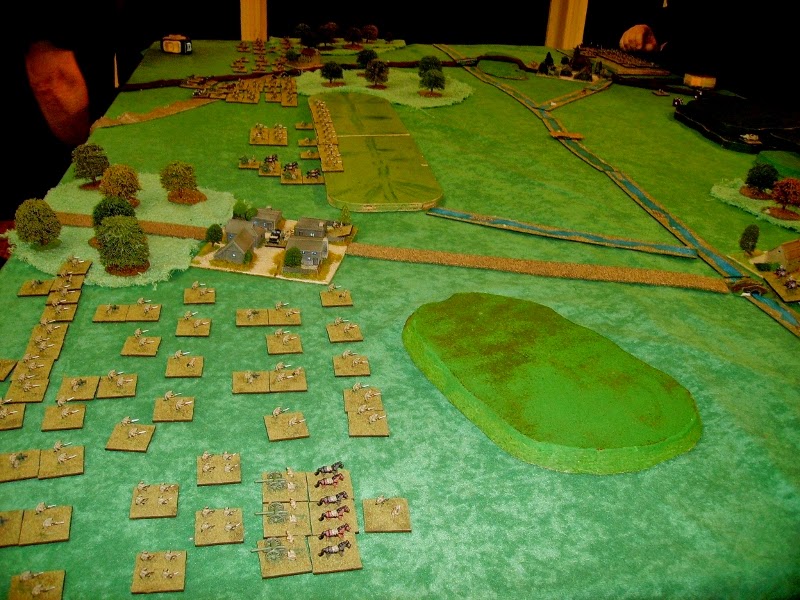 Phil had a regiment of foot supported by 3 heavy howitzers in the centre. 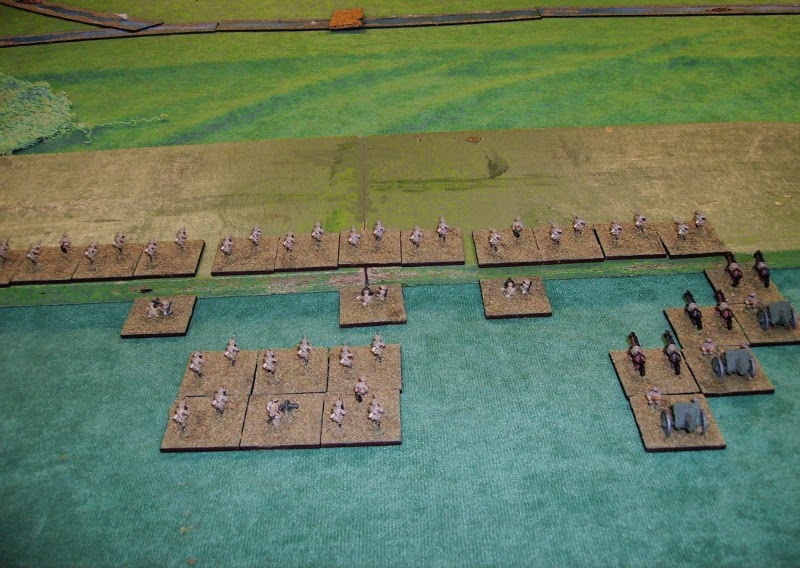 Ian had the Russian left, 2 regiments. He was supported by a battery of guns, and was detailed to demonstrate against the Austrian right. 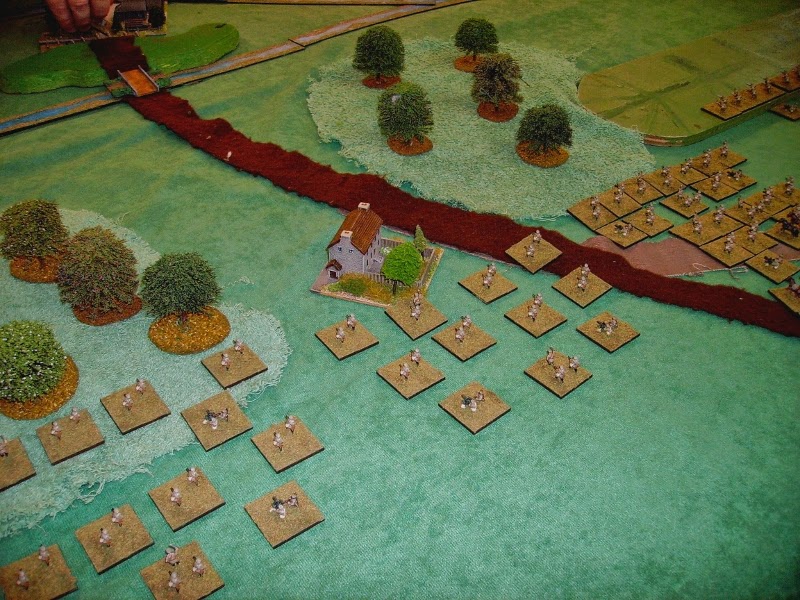 My men advanced rapidly on the right, keeping spaced formations to avoid artillery casualties during the advance. 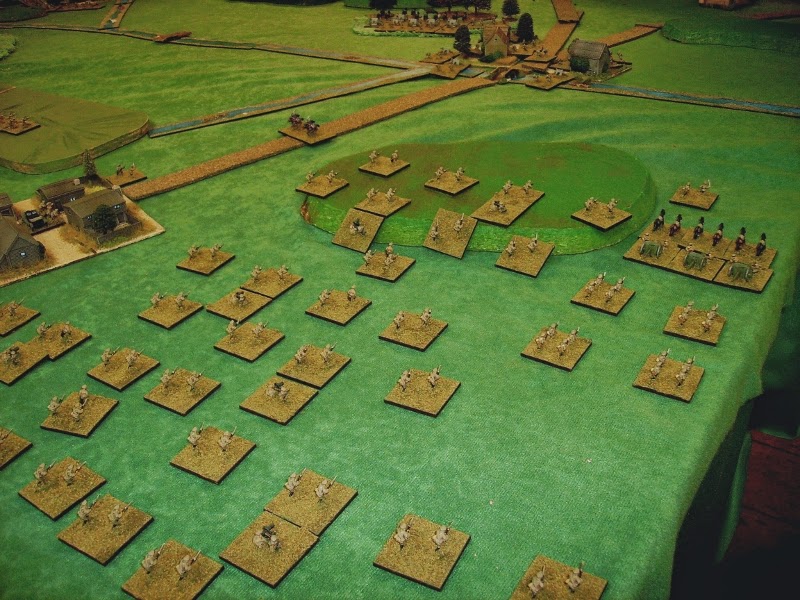 I soon found the Austrians were investing the town and guarding the bridge ahead. 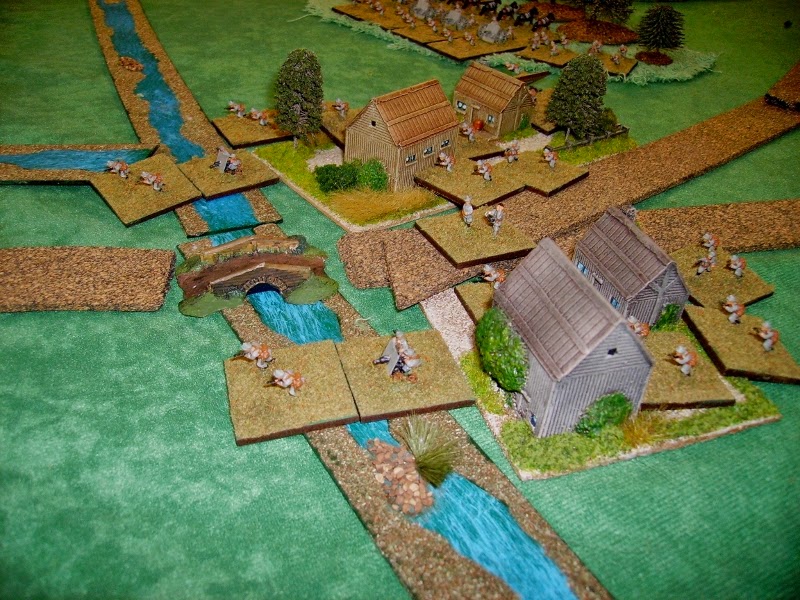 The Austrians were in strength opposite Ian too, on our left, under the command of Rod, a welcome new member to our club! 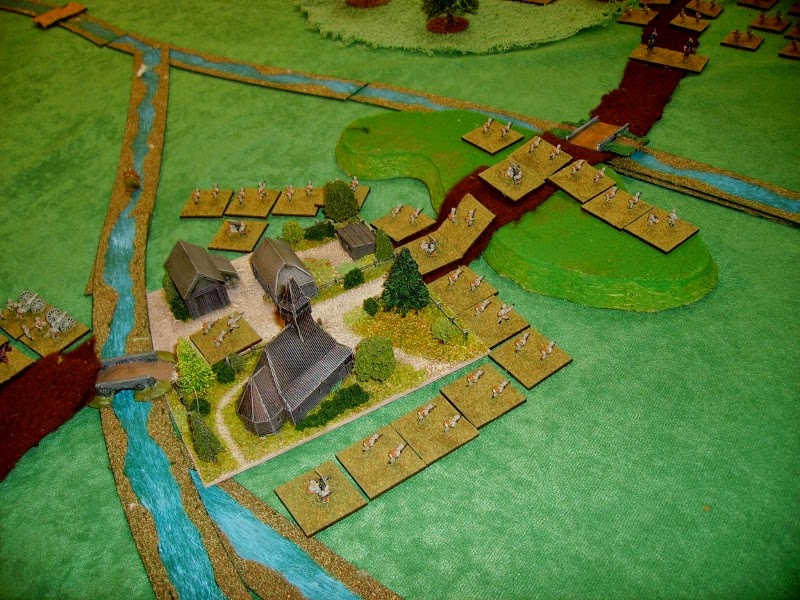 Ian advanced to the attack, brushing an Austrian cavalry vadette away. 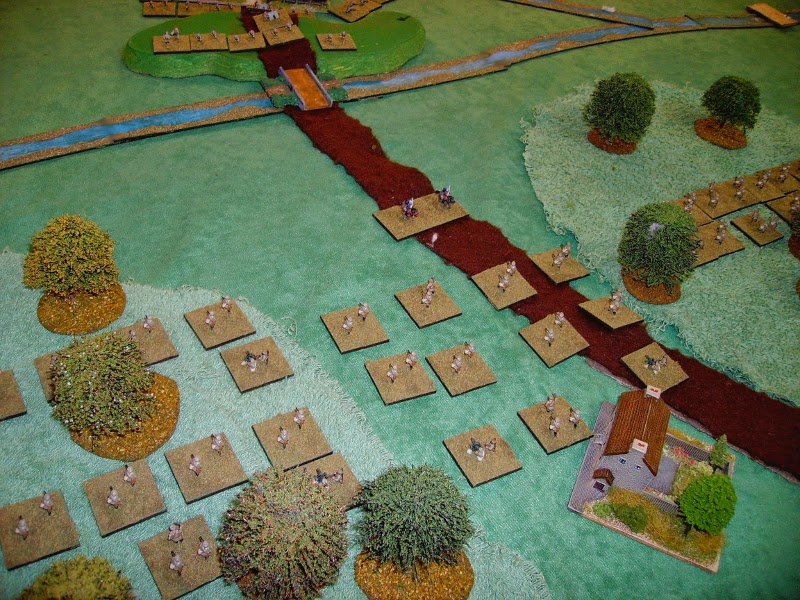 My men on the right, moved to attack the village via the bridge, supported by my field guns. We were only opposed by small arms... 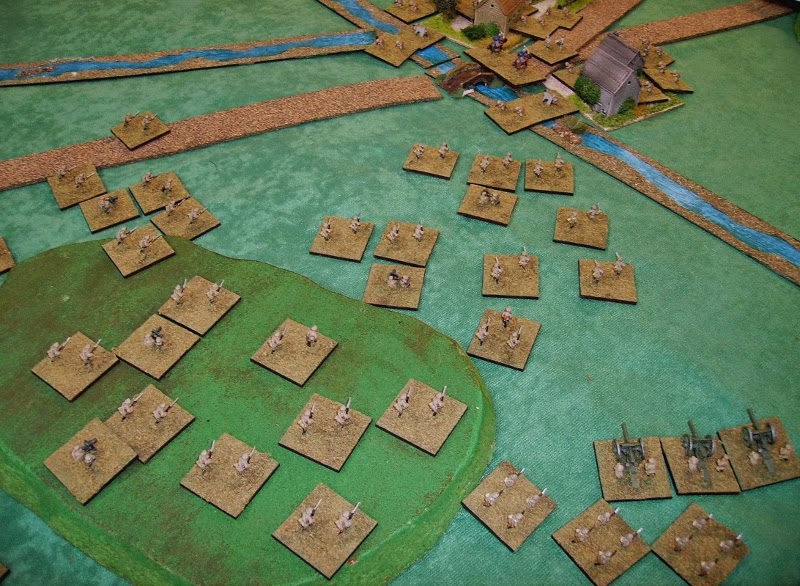 ...where were the Austrian guns? 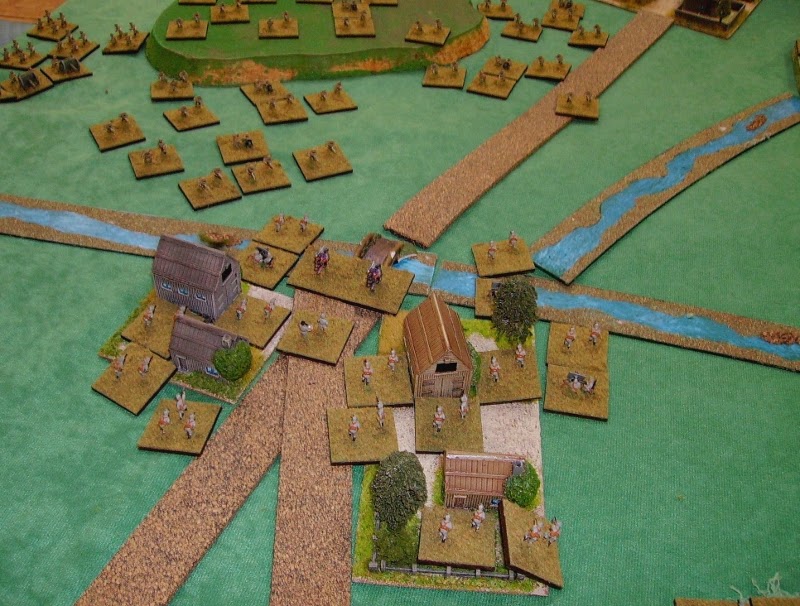 Ian sent a battalion against his bridge, but took heavy casualties from the Austrians on the hill. 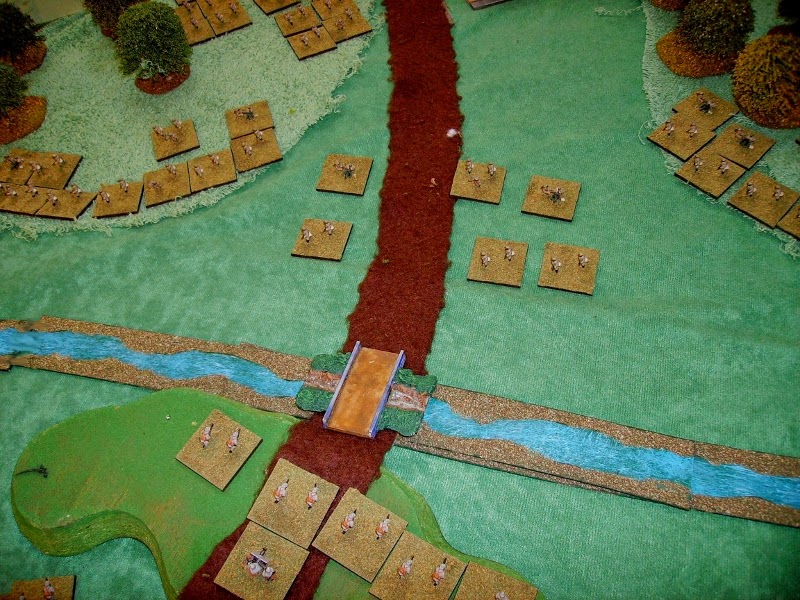 An overview. Note Lawrence had a force guarding a ford in the centre of the field. 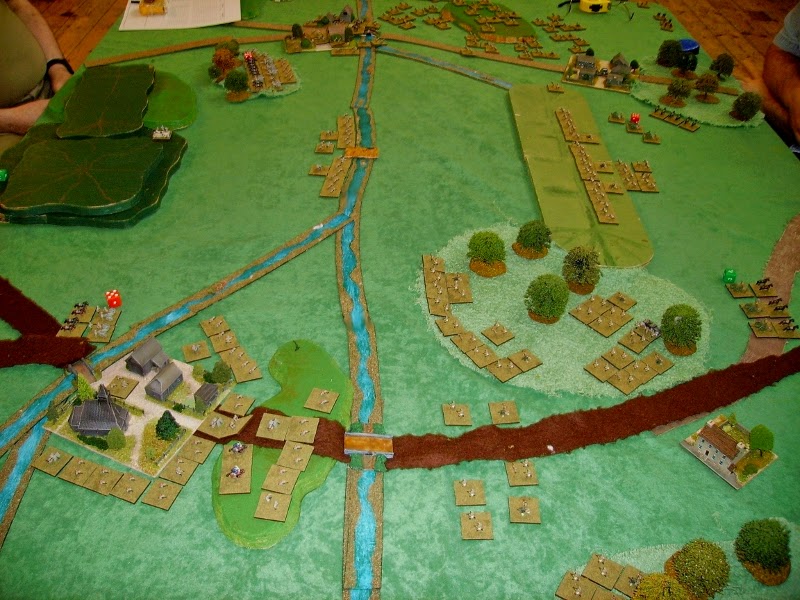 Phil's guns began to shoot in support of my attack on the bridge. 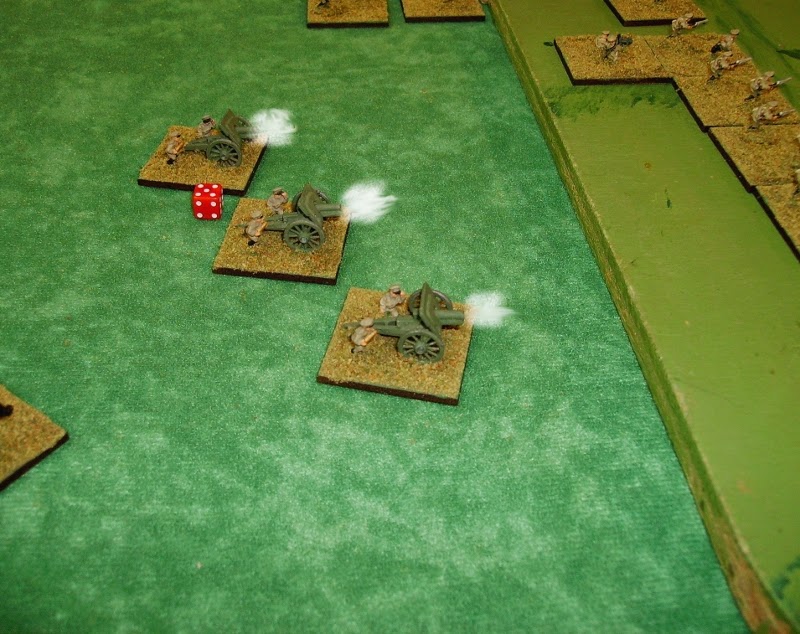 No casualties, but he kept their heads down! ...continuing fire finally killed these stands! 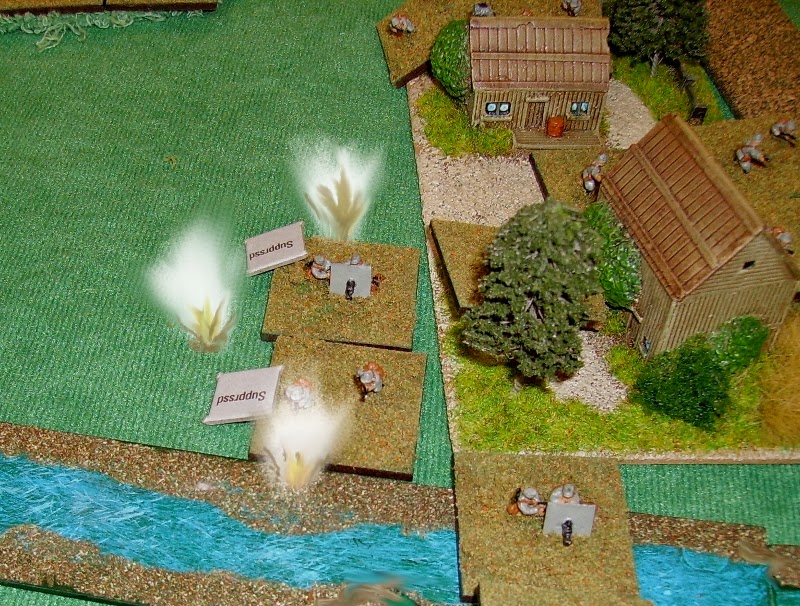 At Ian's bridge both sides were taking heavy losses... 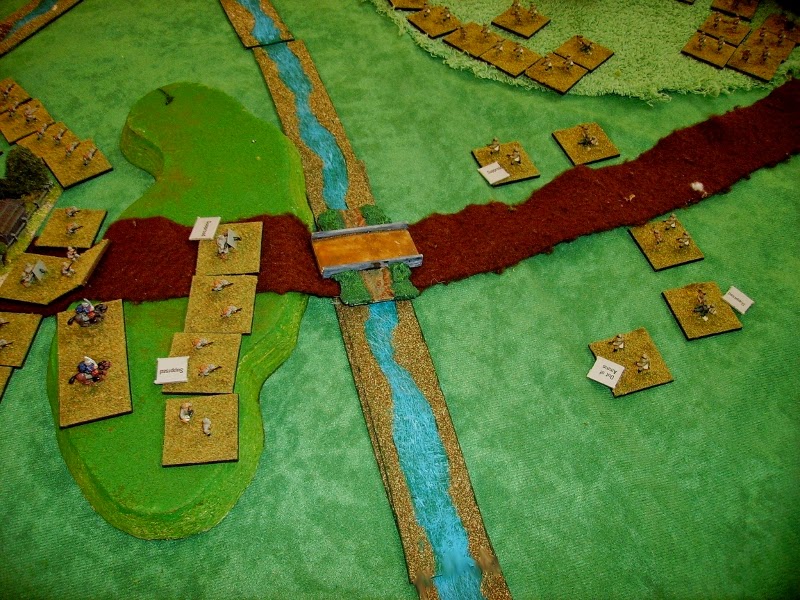 ...but it was the Russians who broke first. 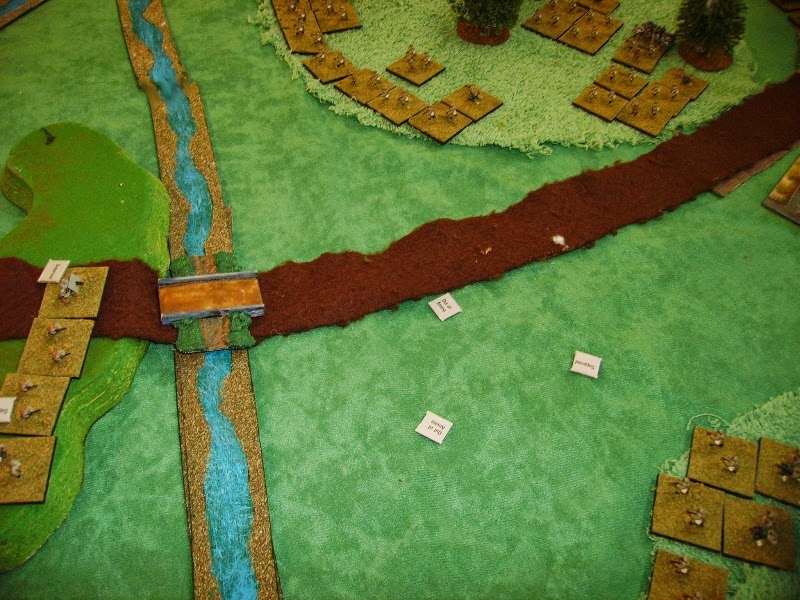 My men, helped by artillery cover, began to attack across the bridge. My first attack was wiped out by the Austrians in the town, however. 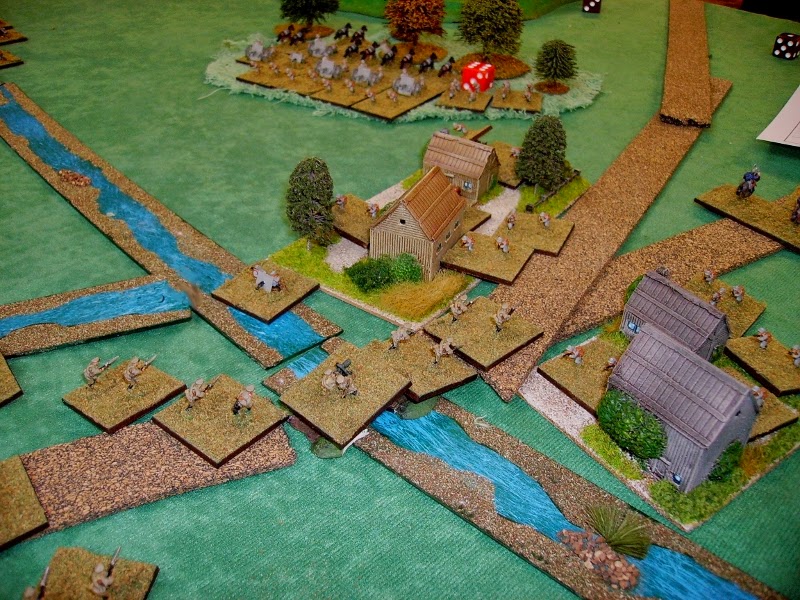 Meanwhile, Lawrence had ordered up his reserves a cavalry division with Dragoons in lead and Uhlans behind. 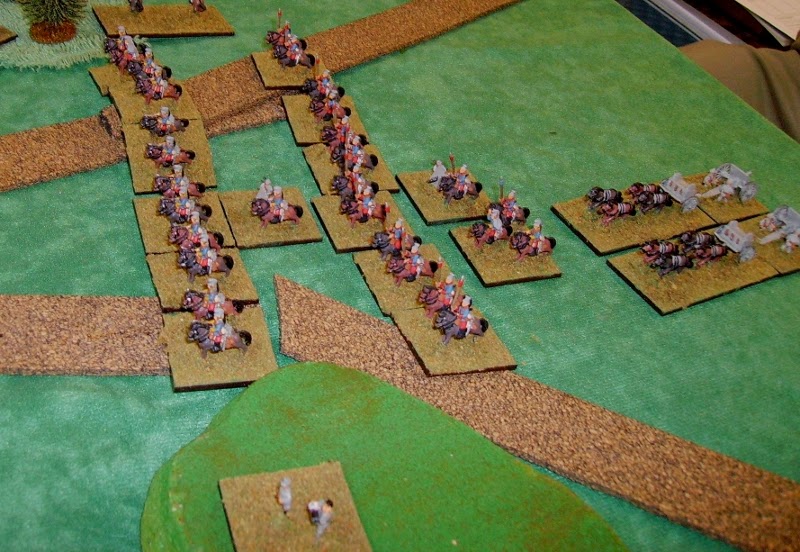 The cavalry began to attack down the road, then, the Austrian artillery opened up from a nearby wood. Sneaky Austrians! 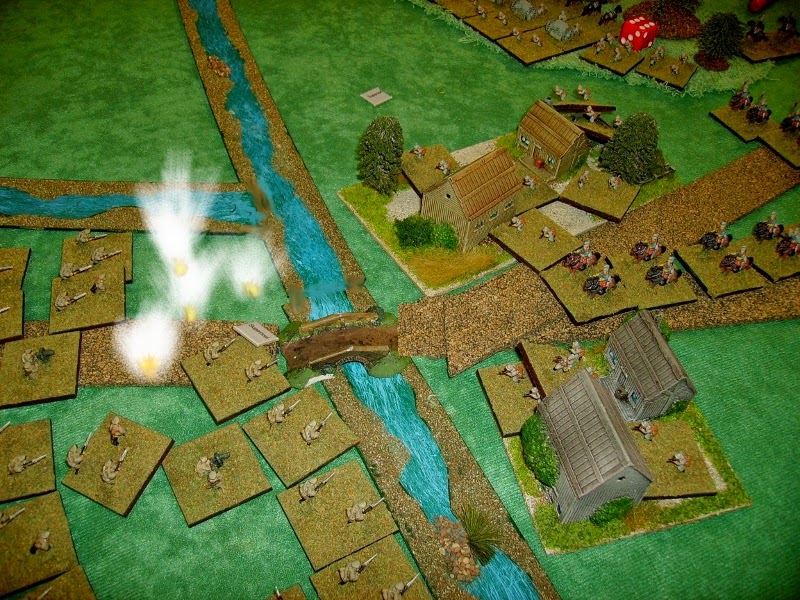 My Russians held though, and the Dragoons were massacred. 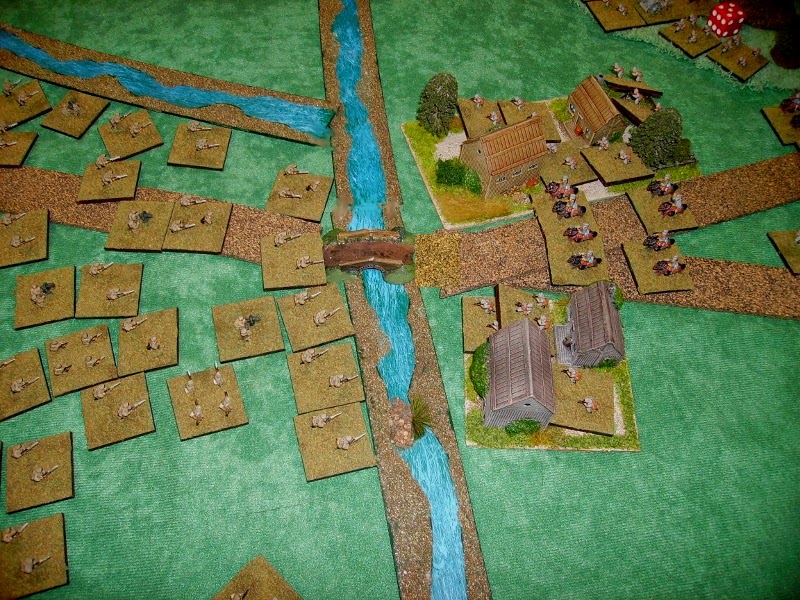 Under fire from my infantry and field guns, and Phil's howitzers, the enemy cavalry division fled the field. 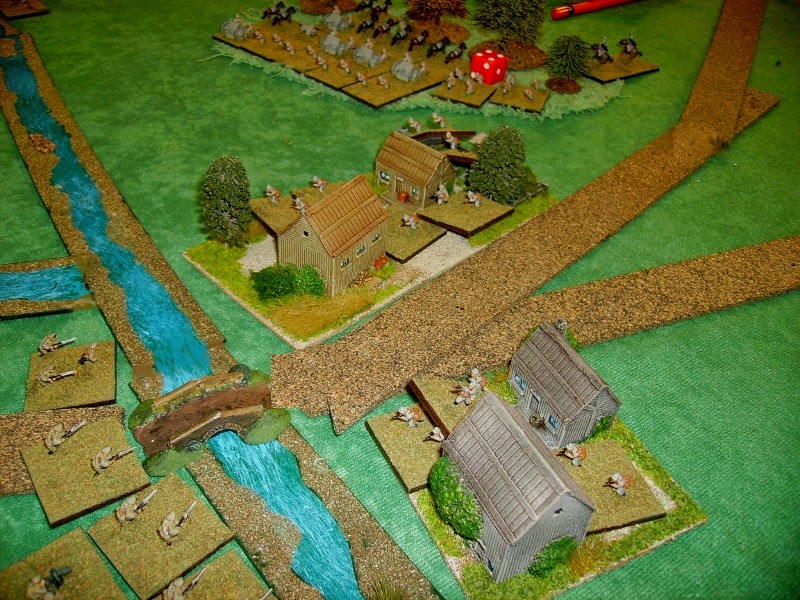 I launched a second, stronger infantry attack on the town. The fight was hard, but this attack failed too. One of my regiments broke and ran. 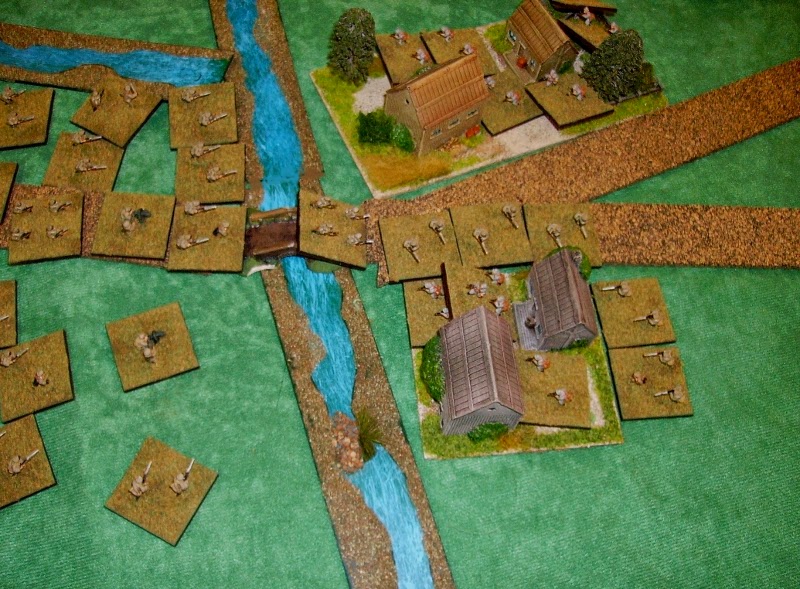 With insufficient men left to attack again, the Russians called off the battle. 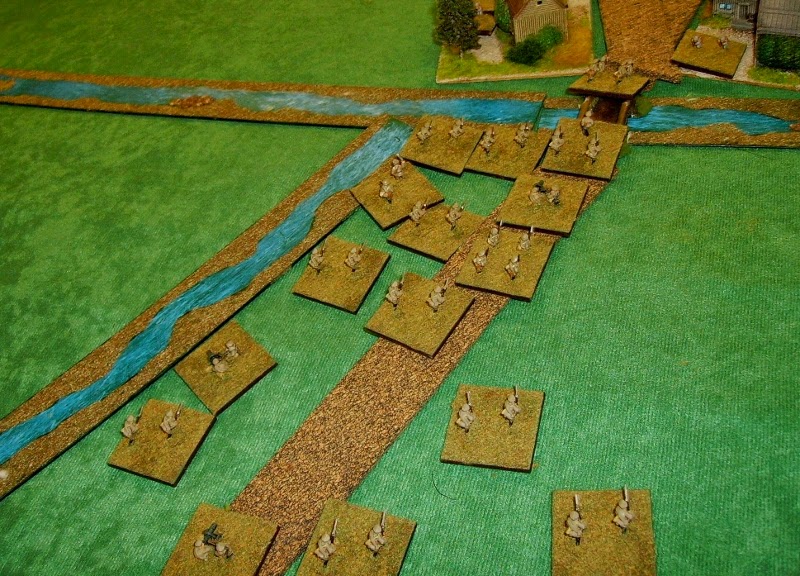