The worm has turned!

Happy New Year to all my followers - and anyone taking the trouble to look in!

Back at the club this week at last! - We did another Wars of the Roses skirmish game...


The De Laceys deployed in some woods, the Percies in the open to their left. 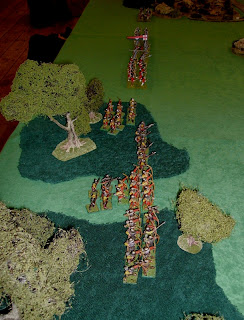 The De Laceys faced the village of Littlebottom. 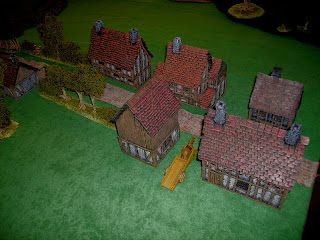 The Nevilles, avoiding the village, arrived on he flank of the Percies. 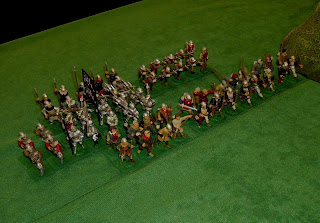 In front of the Percies, Sir James Strangeways' retinue advanced. 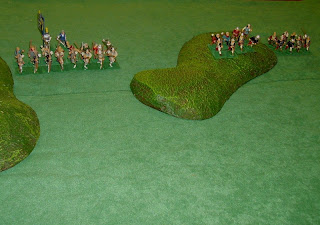 The Nevilles advanced rapidly, placing some crossbowmen on a hill between their two forces. 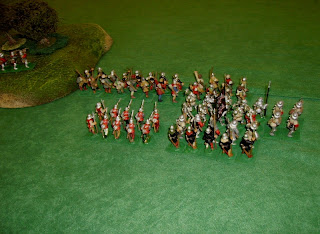 The Strangeways slowed, and began shooting at the Percies. 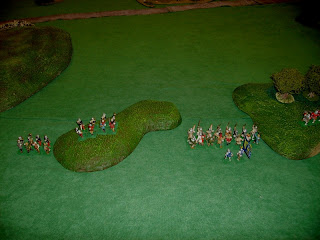 The unarmoured archers on the Percy left took casulties despite the long range. 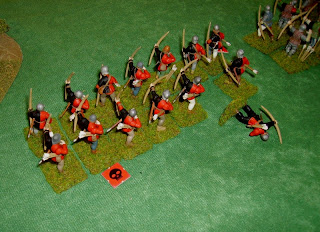 The Nevilles wheeled to support the Strangeways men. 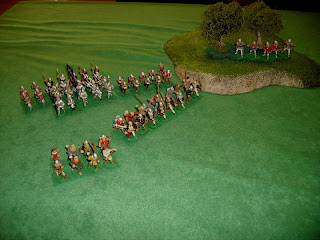 ..whose archers were also taking casualties. 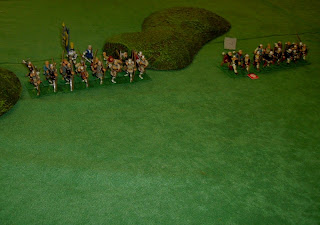 The Percy archers ranks were thinning ... 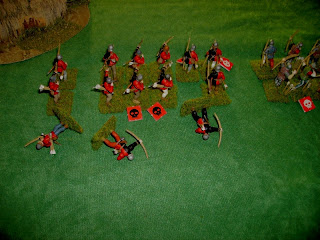 .. as were their Strangeway opponents. 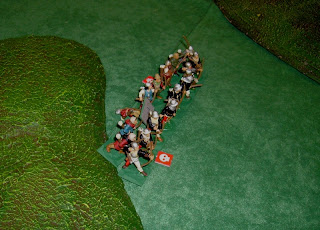 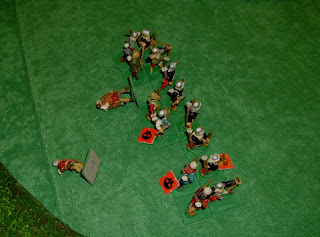 The Percy Men-at-Arms moved behind the embattled archers to protect their left flank. 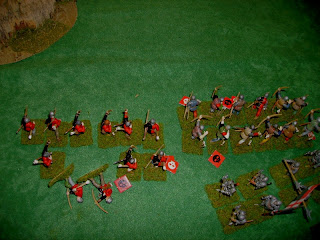 The Percy archers began to lose the arrow fight. 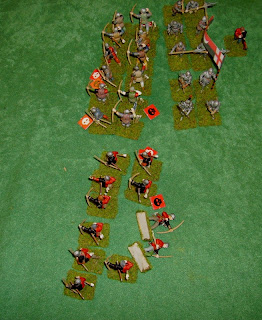 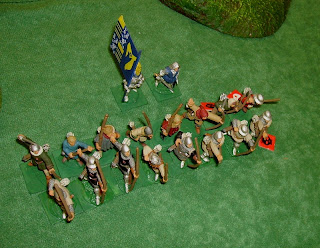 ..except on the left! 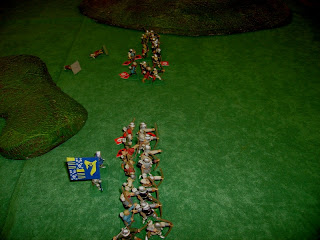 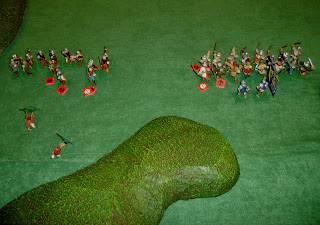 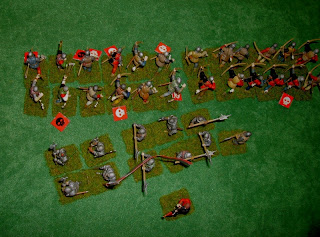 The unarmoured archers on the left, were withdrawing however. 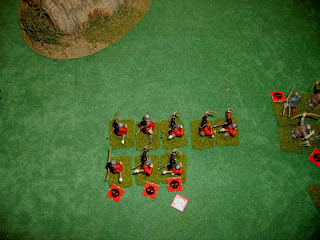 ..as the Neville archers came into range and shot the hapless Percies! 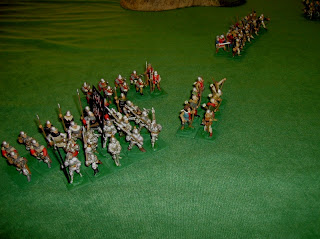 Facing unsuperable odds, the Percies hastily retired from the field. 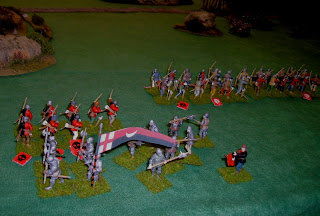 The Nevilles had won the day! 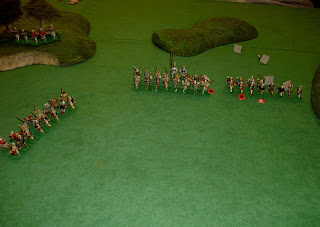 Despite orders to support the Percy shooting line, they advanced to the village, and only a few crossbowmen and archers, belatedly, helped shoot the Strangeways retinue. 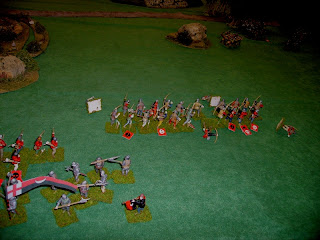 The Yorkist Nevilles won by coordinating their forces, and focussing their attack on the Percies on the Lancastrian left. The Strangeways also won their evenly matched fight with the Percies.

After the battle, Phil, the De Lacey commander, revealed he was surprised the battle was so quickly won.
He was trying to turn the Strangeways left...but this would have taken a lot longer than he expected!

It is often surprising to many new players in this period how much strategy and tactics are needed to win these battles, it is no more a simple 'line up and shoot' than Napoleonic warfare!
The key to winning these battles is getting a local superiority in shooting (Getting there fastest with the mostest!), so except in an open field, manoeuvre is key.

﻿Phil - De Lacey
Me- The Percies
Ian- The Nevilles
Lawrence- The Strangeways.
Posted by Herkybird at 23:38